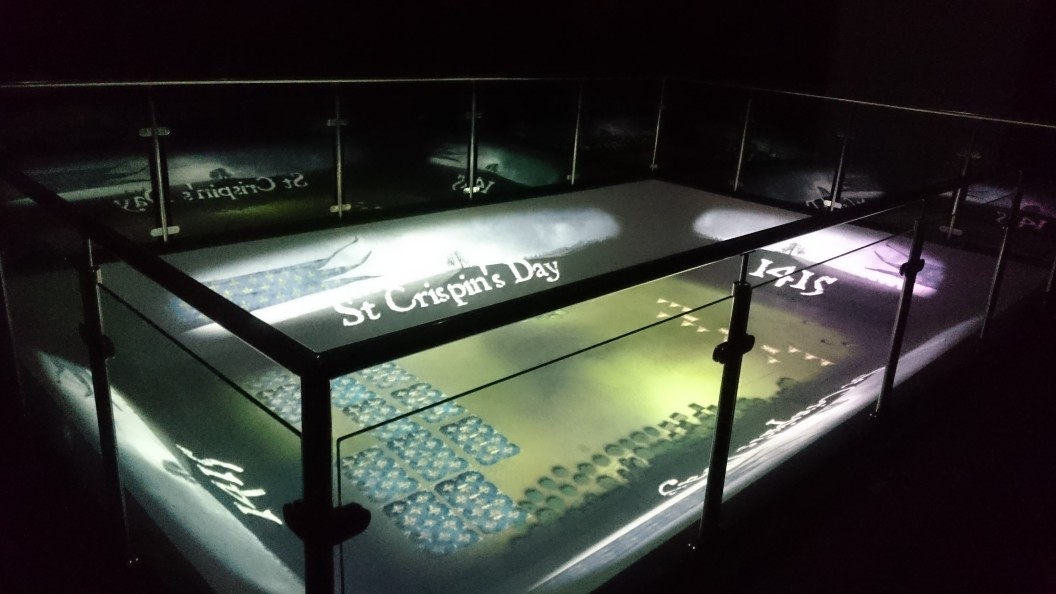 The Dark Sky Experience at Leeds Castle in Kent, England, posed a number of significant challenges. To create a unique immersive experience, for up to 50 people, recreating the experience and story of the battle of Agincourt, for a budget far, far less than what would be expected for an 8 minute 4k resolution production. 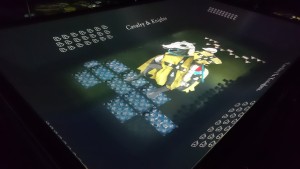 TEQ4 set about the challenge with relish. The screen concept was unique, creating a projection mapped canvas to create five screens in one; an aerial view of the battlefield surrounded on all four sides by close-up scenes of the battle as it unfolds. 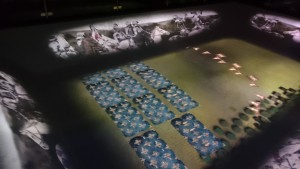 The resolution had to be high enough to stand up to close viewing; the audience stand around and look down upon a 6,5 metre wide image and view it from less than 2m. This called for 4k resolution without the budget for a 4k projector and short throw lens. The solution came from four of Sony’s latest laser illuminated projectors, each 1920 x 1200 resolution and 3,000 lumens. A 7th Sense Delta server handles all of the image distortion correction and delivers uncompressed images seamlessly across the display. 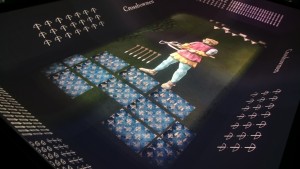 TEQ4 also produced and created all of the visuals for the show. Using a wide variety of media and assets including 3D gaming sprites for the battle characters, a custom created 16k resolution terrain model, high resolution scans of original artwork, new 2D artwork and on location photography, the 8 minute 4k resolution show was compiled using 3D studio max and D3 for final compositing, and making use of the latest cloud based rendering services. 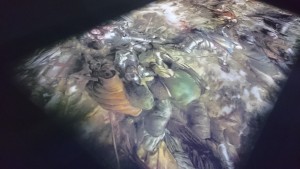